No.  I’m not bi.  Well, maybe.  But I sort of think EVERYONE is bi, just on different degrees.  But we’ll save all that for a whole other post…

Yes.  I think Hillary Clinton should be our next President of the United States.

Yes.  I know she’s said some things in the past that were against gay marriage and yada yada yada.

Yes.  Hillary’s campaign has been backed by some major corporations.

But I don’t care!  If it’s never bothered us before, why does it suddenly bother so many people now?

Could it be because Hillary is a woman?

Could it be because less than a year ago, no one even dared to run against Hillary (we all knew she was running for President years before she did…again…)?

So why now?  Why are people–excuse me–DEMOCRATS so mad at Hillary now?

I like that he has appeared to be fighting as left as they come his whole life.

I like that he wants to remove “big businesses” out of politics, especially in campaigns.

But again, I ask…why now?

That’s why #ImWithHer.  I believe Hillary Clinton has the highest political experience of all the candidates, and based on what she’s fighting for NOW (I try not to judge people by their past), I believe she will be the most progressive President of all the current candidates as well.

That all being said, if Bernie Sanders wins the Democratic nomination, I will also vote for him.

But what is it with Bernie Sanders supporters who continue to ATTACK fellow Democrats who support Hillary Clinton!?  I’m sick and tired of it!  Enough is enough!  I expect this kind of childish behavior from Trump supporters, but not #FeelTheBern Millennials.  Or, perhaps, did I just answer my own question…

But this same party bashing has to stop.  Democrats have not one, but TWO amazing candidates on their side!  The other side has NONE!  Even Republicans can’t choose who they want on their side.  They’re so divided amongst themselves that UNLESS Democrats stop bickering and ban together, our own childish stupidity could cost us the election that matters most this November…

STOP refusing to “leave the country” if your candidate isn’t nominated!

STOP refusing to vote if the other candidate is!

That’s like not getting the toy you want from ToysRUs, even though your parents are offering you THE EXACT SAME TOY, just a slightly different brand. 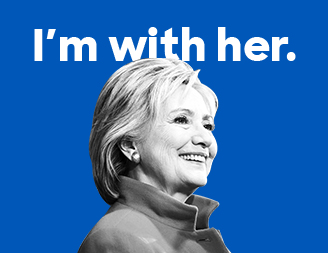